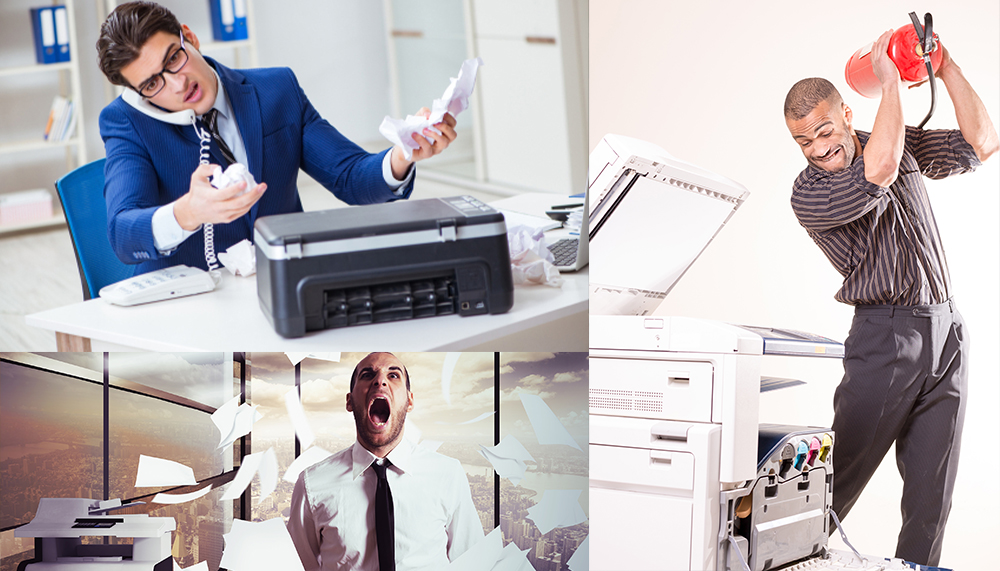 We’ve been through a lot lately as a nation. More challenges will come this year because life is life. But the pandemic is lessening, the weather is rapidly warming, and businesses are gradually opening. Normalcy is in the eye of the beholder, of course, yet a sense of “what was” is crawling back to American life.

That means returning to the office or ramping up work-from-home. This shift will undoubtedly include the “what was” of printer and copier breakdowns and interruptions. Remember those? That legendary frustration?

We remember at Cartridge World, even as we get back to fully supporting offices across the country. And in these improving times of more smiles, we also recall some of the funniest printer mishaps – those bizarre service calls later shared with laughter at the break room or dinner table.

We’d like to share these anecdotes with you during these lighter times. In fact, our CEO Mark Pinner recently shared a picture from his ancient past when he was asked by a client to fix the squeaking sound in his printer. It wasn’t cogs or anything else: 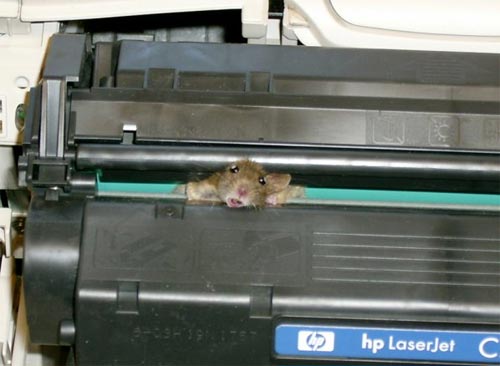 Here are the other funniest printer service calls from our network of small, local businesses:

Down to the wire:

I had a customer who complained that the wireless printer we sold them was junk and wouldn’t work. When we got there, we had to explain while the printer did print wirelessly, it did still needed to be plugged into the wall with a wire to power on.

Welcome to the Hotel Paperfornia:

On a Sunday, I received a “panic” email from a large Hotel we monitor and service.

I suggested they put paper in each machine…they did it…and all worked out well.

A few years back, we had a customer call us and say her printer was not printing correctly and that she was sure it was a problem with our cartridge that she had put in a couple of weeks ago. When we got to the house and took out the cartridge, both the cartridge and machine were full of cat hair.

We took out the toner vacuum, vacuumed out the machine, and took out a hairball essentially the size of a cat! After we cleaned the cartridge and the printer, the copies looked great. When we asked the owner about all of the cat hair in the printer, she said, “well yes, my cat does come into my home office and sit on my printer while I am working.”

The solution: same printer, same cartridges…new spot for the cat to sleep in her office!

Of mouse and men:

One of our customers called and said they could not get their printer to print and asked us to come out for a repair.  When we got there the printer was on, the computer was on, but it was unresponsive. Our tech quickly looked at the mouse, which was a USB wired version, and determined it was broken. No mouse, no ability to click on print controls.

The solution, a new mouse — so much for Printer or Cartridge trouble!

The mystery of the possessed paper tray:

We had received a frantic call that one of the printers we had provided to this business started having an issue with the paper tray not staying closed/popping open.

Immediately having had personal experience with this happening, I had asked if the printer was laying on a completely flat surface, and to be sure that there was not anything underneath it.

Of course, the stated claim was that it was flat and nothing was underneath it. Unknowing of what could be causing the issue, I was on my way shortly after that. Lo and behold, it was sitting on a plastic desk grommet, causing outward pressure when trying to close the tray. If only they would have checked the first time I had asked.

Living in a millennial paradise:

“Printer doesn’t print,” a client said after calling me. “Worked fine before I put in your toner cartridge.”

I arrived at their home office around 11 am to have the door answered by a guy in his 20’s and my contact. I then walked past two other guys in their 20’s on their laptops on the couch to check the printer supposedly connected via USB in the next room. I printed out a supplies status page and a config page with no problem. I said it’s probably a connection problem or drivers needed to be installed. I turned the printer around to check the port to find that the USB was “plugged” into the Ethernet port.

Yup, these millennials couldn’t get off their laptops to make sure the shapes matched in the back…

I’ll give you a bonus:

A man dropped off a printer at the store and couldn’t print, saying it would continuously jam. We tried a few prints, and it wouldn’t feed the paper right. The customer left to run an errand, saying he’d be back later. After a roller cleaning and no luck, I looked down the paper path to see a metal piece. After I couldn’t reach it with my screwdriver, I decided to flip the printer upside down and see if it wedged out. Out came an open syringe needle (like ones we had out back for filling ink cartridges) except this one wasn’t for ink. How did that get in there? I asked myself but said nothing.

I had another one just like the last story except it was a Cheetos. Another was a kid’s colored pencil, etc., etc.

As a further bonus, we’d like to share a picture by Jason Waldron, from our Maple Grove Minnesota location. He took the picture after arriving at an office to fix a broken printer: 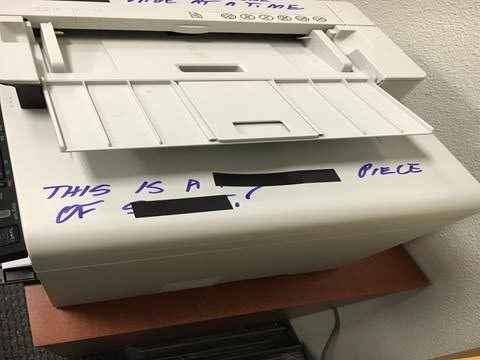 We hope you enjoyed this levity, as we all hopefully get back to that “what was” state before the pandemic. If you need any help with your printers or copiers, please contact us as we’re in your neighborhood. We’ll happily take care of any mice or Cheetos in your printer. 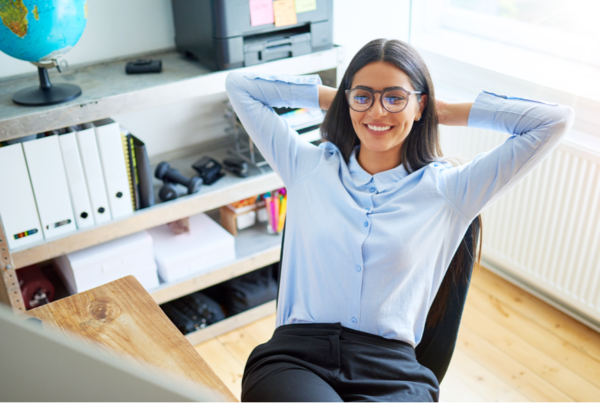 5 Ways to Save Money in Your Home Office 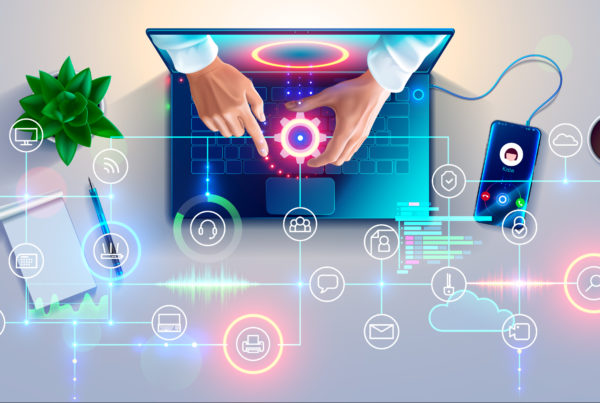 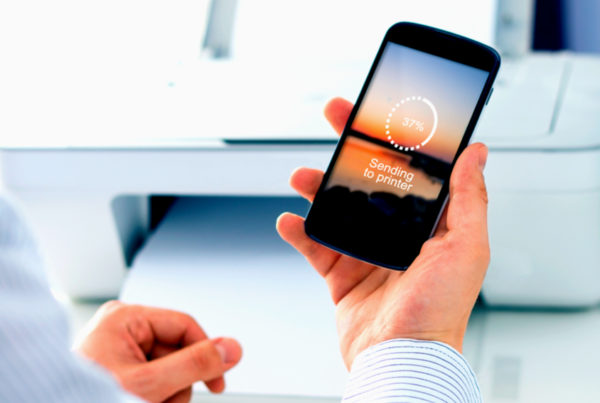 What Will Printing Look Like the Rest of 2020 (and a Post-Coronavirus World)? 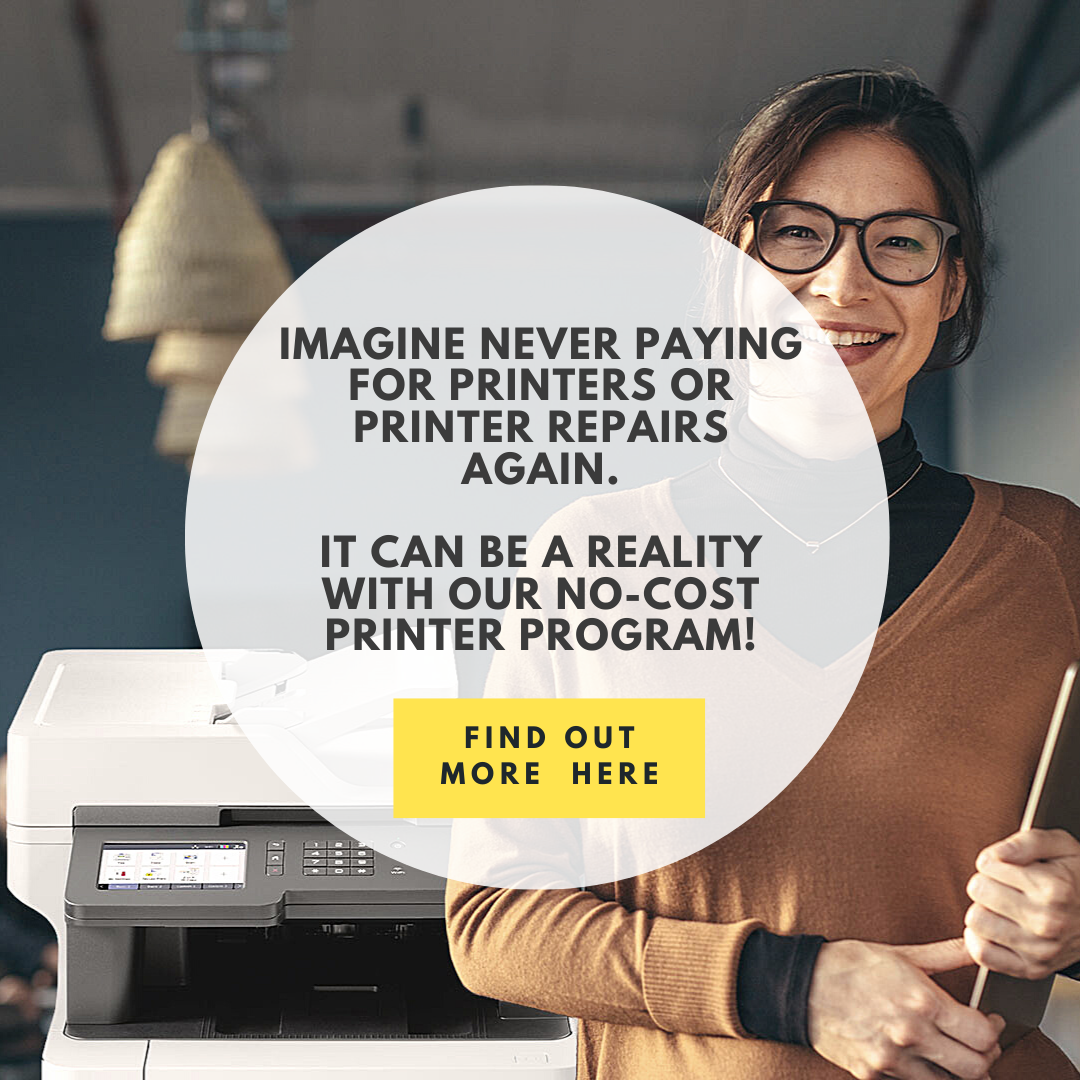